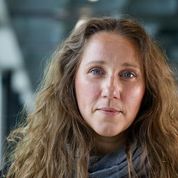 Hannah Stuart is Director of the Counter Extremism Group. Hannah specialises in extremism and has written reports on radicalisation, terrorism and jihadist ideology, as well as civility and religion in public and political life.

Ms. Stuart was previously Head of Research at the Government’s independent Commission for Countering Extremism, where she led the Commission’s report to the Home Secretary on extremism in England and Wales.

Ms. Stuart has also worked as Co-Head of the Security and Extremism Unit at the London think tank Policy Exchange and held research roles at The Henry Jackson Society and the Centre for Social Cohesion.

She has a MA in International Studies and Diplomacy from the School of Oriental and African Studies, and a BA in English Literature from the University of Bristol.