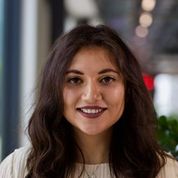 Emma Fox is a Research Fellow at the Counter Extremism Group. Her work specialises on domestic extremist networks and their influence on the public and charitable sector.

Ms. Fox was previously a Research Fellow at the Centre on Radicalisation and Terrorism within the Henry Jackson Society. Her work covered Iranian state policy and terror-financing, Islamist influence in the West, and the UK’s Prevent Strategy.

She is the former director of Student Rights, a programme analysing the vulnerability of students to extremism within Higher Education. Her work has been published across the national media, including in The Daily Telegraph and The Times.

Ms. Fox holds a first-class degree in Classical Civilisation from the University of Leeds.